The weirdness of WolfCop and licensed stuff in general 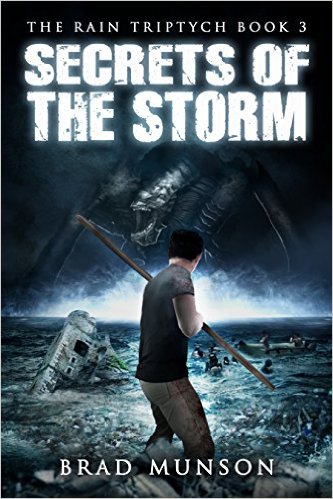 If you’re not watching The Last Drive In with Joe Bob Briggs over on Shudder (in fact, if you’re not subscribing to Shudder for just a few buck a month in general), you’re missing out. After a slow start a few years ago, this AMC-owned all-horror-and-suspense streaming service has got enough interesting stuff in any given month to make it worth the investment and then some, and that’s without the pure joy of a new double feature with venerated and unstoppable Joe Bob (not to mention his awesome Mail Girl, D’Arcy – hi, Diana!).

The first season is done now, but almost all of them are still available. The second season has been announced, but not scheduled. So go enjoy. But my point is this …

In one episode, the first of the two Friday features was WolfCop, and the minute Joe Bob announced that, my tiny little head exploded with glee and nostalgia. Not because it’s a great movie – let’s face it, it’s not even in the same county as “perfect” – but because this silly little horror-comedy flick ate up about six months of my life a few years back, when I was hired by Permuted Press to write an all-new, fully authorized novel set in the WolfCop universe, using at least some of its characters and settings (including, of course, Lou Garou himself).And now I was going to get to watch it one more time — one last time — with ol’ Joe Bob and Darcy.

I’ve been involved in playing inside other peoples’ story-worlds before – pretty much for my entire “career” (I always feel compelled to put that word in quotes.) …

Since the 1970’s, I’ve written or rewritten stories with John G. Jones set in the world of The Amityville Horror, sometimes ‘starring’ members of the Lutz family, and sometimes extrapolating on the power of the Force from Amityville that escaped from Long Island so long ago. I was hired to write a big, fat, and ultimately unreleased CD-ROM game (yeah, it was that long ago) for Paramount’s Star Trek: Deep Space Nine. (I’ll be writing about that in the ‘meta’ stuff over on Patreon one of these days.) I wrote the fourth book in the ongoing zompoc series The Morningstar Strain; I wrote a book about the making of Men in Black II, and included some “in universe” stories and artifacts in that book, too. And then: WolfCop.

There is something uniquely satisfying about playing in somebody else’s world. It’s like using every skill you’ve acquired as, say, a make-up artist or costumer or actor to build the perfect imitation of somebody else’s character – Jason or Freddie or Donald Trump. You can feel very accomplished at pulling off the trick, even if it’s a re-creation or extension of somebody else’s original concept. And I was especially happy with both the Morningstar and Worlcop stories I got to tell.

As most licensed-fiction writers will tell you, except for the super-successful ones who can call their own shots, it’s a fairly crappy way to make a living. The money is usually flat fee or reduced royalties (if any); they almost always take more time than they should because of the back-and-forth with the license holders. Sometimes they’re easy and fun to work with (the WolfCop and Morningstar folks were a joy, seriously; the Star Trek/Paramount people were a fucking nightmare back in the day), but you never know for sure when you go into it. Still, as part of a wider-ranging “career,” and for storytellers like me that just like to tell stories, no matter where they started, it can be great. I wish the stars had aligned so I could have done more WolfCop work in particular.

But seeing that movie again after a couple of years (and realizing how much of it I still carry around in my head after multiple re-watches and analyses) was … well, a little scary. And a little sad. Movie-making and publishing are so complicated, so demanding, and so often not about the story but about everything around the story, that it’s a miracle anything ever gets made (and God knows, I’m not the first to say that, and won’t be the last. Today.) It’s unfortunate but true that the other two zompoc books for Morningstar and the other two werewolf book for Wolfcop and a whole string of haunted house stories for Amityville probably own’t ever get told because of those complications, at least not as part of their original “shared worlds.” A-fuckin’-las.

The Star Trek: Deep Space Nine game is lost to antiquity and NDA’s from decades ago; you can still get Healers on Amazon, and even WolfCop: Fleshmob as a Kindle only is still available (long stories there for both of those, which I’ll tell on Patreon someday, prob’ly). I won’t make a dime on new sales of either one, but it would be nice to see them out and about again.

And sure, I could release that other Star Trek book I wrote on spec as fan fiction – a concept that barely existed back in the 90’s, when I actually wrote it – but, well, see above: it’s ain’t real if I can’t sell it. Though I do have a piece about a self-aware Geordi LaForge doppelganger from the holodeck loose on the Enterprise D that I’d still like to wave around … hmmm  …

And let me know what you think.