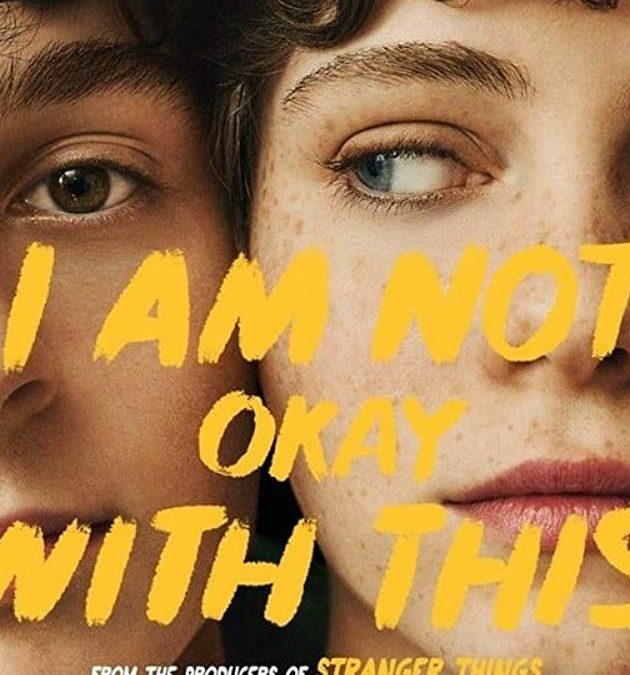 Sophia Lillis is great, as always this time as a much more bitter (and in some ways more believable) teen than in IT. Wyatt Oleff as her (eventual) geeky boyfriend is cute as hell, and her best friend Dina, played by relative newcomer Sofia Bryant is equally charming. But do we really need another pastiche of Stephen King? Especially starring two of the IT kids,

And that’s one of the problems. These kids were way too memorable in their last movie to put them in entirely “new” roles. I mean, Beverly Marsh is not supposed to be messing around with Stanley Uris this way. That gives the whole production one whole, and entirely unnecessary, level of creep. Then you’ve got Sydney’s opening scene — spattered with blood (yeah, like we haven’t seen that before, Bev!), staggering down the street with fire and cops in the background, looking as wall-eyed and weird as Carrie on her first day. Only to flash back and find out that the whole story == effectively told — is about a trouble teenage girl reaching puberty and finding she has unexpected telekinetic powers. Which she can’t control. That hurt people. And since she’s a misfit, and harassed, she is confronted at the high school prom by the betrayed Bad Kid at school, which ends not all that differently than Carrie’s own fateful prom.

I could go on. I won’t. But you can’t get past the idea that you’ve seen pretty much all this before, though it’s less nostalgic and more cynical. And then the producers do us the ultimate disservice of ending the series with what is essentially the second act — a key turn that should lead to further revelations and resolutions. And the did this before they knew there would even be a second season (which, in fact, has yet to be announced). I mean, I love a cliff-hanger as much as the next guy, but there’s got to be some dramatically satisfying conclusion, some reason to have invested eight hours or more in this thing beyond, “Whaaa/ To be continued?)

Yes, I’ll watch it when it comes around again — if it does. But it’s still a cheat. And it’s still yet another Stephen King knock-off that should pay him royalties to even exist, no matter how many times the producers say, “Gosh! Wow! We had no idea!”

The Multiverse Marketplace: A little of everything that’s odd
The Stranger is pretty good, but Harlan Coben? Meh.